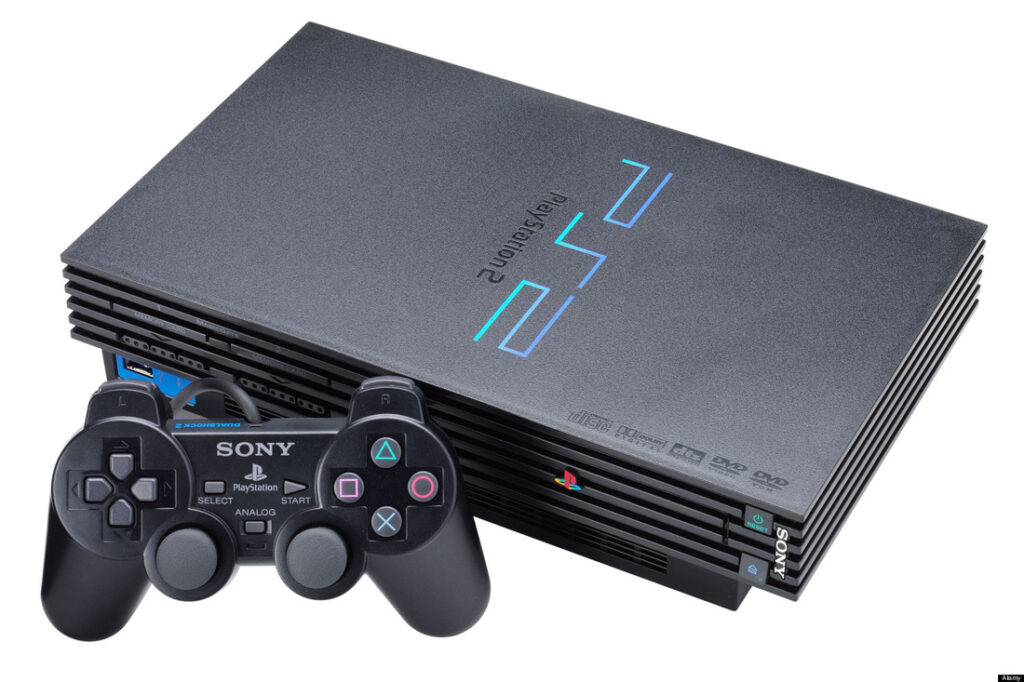 If you don’t already know Sony’s release of the classic Playstation 2 title Star Wars : Battlefront is perfectly playable on the Playstation 4. After seeing this  release , our minds wonder to which Playstation 2 titles we will see come to the Playstation 4. We have compiled a list of our top 9 games we want to see playable on Playstation 4.  We hope you enjoy , so without further ado, let’s begin!
​
With this list I’m going to be focusing on games that aren’t suggested to death on every list of ps2-games-you-should-play. So, no Shadow of the Colossus, no Psychonauts, no Okami. Also going to avoid games that have been continued on later consoles, or games that have an ongoing franchise with an upcoming game, so no Ratchet and Clank, no Kingdom Hearts, no GTA, no Metal Gear.

We all already know those games are great, we’ve all already played them. On the off chance one of us hasn’t, we either aren’t going to or it’s already on our list. These should be experiences you may not have heard about that you couldn’t really get after the PS2 era, or games that aren’t first to your mind.

If you haven’t heard of God Hand, it was a one off beat-em-up inspired by older titles like Final Fight and Streets of Rage. This game brought back what it meant to straight up brawl without all the guns and swords of post-arcade titles. The story isn’t the focal point, but it’s perfectly fine. Despite not having a powerful story, it has charming humor and doesn’t at all take itself seriously, letting you focus on punching people in the face.

​The gameplay can be odd, but incredibly satisfying, once you get the hang of it. With tons of attacks that you can unlock in a very much skill based combo system, you won’t be running out of ways to knee, stomp, uppercut, pile drive, moon kick, roundhouse, or pimp smack your way to a good time. Oh. Also. It’s really hard. Like. Really hard. Good luck.

Wild Arms, as a series, is pretty unique thematically from the usual Square JRPG formula. It’s set in the gun-slinging Wild West, putting you up against demons and monsters using guns and magic. The soundtrack is also fantastic, taking this title one step further in setting itself apart from any other game in the genre.

​Wild Arms 1 was in fact originally a PS1 title, but a beefed up remake was made for it on the PS2. While technically the original is on PSN, available to everyone with a PS3, and the original is great, the remake adds enough content to be a completely new game. Wild Arms Alter Code: F is the name of the remake, completely worth getting alongside the rest of the series on the PS2.

In this series you play the role of a certified Monster Breeder with your own farm. You raise and train monsters for a variety of purposes, among them being exploring dungeons looking for treasure and entering monster tournaments to battle against other monsters. Monsters can be obtained in game by finding ancient monster disks, or by inserting any disk into your console, having the game produce a brand new monster based on that disk. After filling your library of monsters, you can also fuse two existing monsters to get a new breed to raiseAfter you got your monster through whichever means, you train them in variety of ways to improve various stats through in-game months and seasons, beefing up your monster to improve your rank as a Monster Breeder. You can send your monsters on errands, send them to training camps, and have them learn new attacks to use in battle. All around, this is just a one-of-a-kind experience, one I do hope returns to us in the future.

Everyone I’ve ever talked to about this game has never heard of it, or it’s predecessor on the PS1. Which is sad, because they’re both fantastic games. This game has you playing as a Cocoon Master in training, destined to save the world. With characters created by the character designer from Studio Ghibli creator of Kiki’s Delivery Service, this cute Pokemon-style RPG is just lovely.

You play as a Beast Hunter, a class of monster tamers, who just is starting out on his journey. Before you can really begin you are cursed, forcing you to go through four magic forests to purify your body and save your life. In battle you surround yourself with up to 8 monsters, starting with 1 and earning more slots through rank-up tests, of four differing elemental types. You can find money, items, and monster eggs by going through the dungeons, or by accepting jobs from a quest board. Both charming and engaging, I promise you this game will be worth hunting down.

This game and it’s predecessor, Dark Cloud 1, are fantastic Action RPGs. Dark Cloud 2 has you switching off between the two cover characters as you explore dungeons, looking for various treasures and items. Usually in this type of game you level up as you progress, but this time around you’ll instead be capping out the levels on your weapons instead. Afterwards, you’ll either be scrapping  for parts or upgrading it even further. Combine this mechanic with how you repair your equipment when they get worn out and build villages outside of the dungeons, and you’ll genuinely feel like a badass engineer.

There are a lot of RPGs on any list of PS2 greats, but this one really stands out from the already diverse crowd I’ve gathered here. This game will set you on a much darker adventure filled with malice and monsters, and I’m not talking about the enemies. Your character, Yuri, accumulates Malice in his heart from the enemies he defeats, using that to transform himself into frightening and demonic creatures. Taking place in the early 1900’s, this title will take you from China to Europe.

​Experience unforgettable places like the cannibalistic town that worships a false god, and explore other seedy cities with disturbing secrets. There is also a sequel that I didn’t play on the PS2 as well. It’s probably also good, so it’s on my own list of games to hunt down.

This game is pretty unique as well. I have an affinity for games that are different. Anyway, this game has you playing as a young princess who gets framed for murdering the king, then possessed by demonic energy. As a result, this innocent maiden has her kingdom turning on her, treating her like a demon herself. The only way she can protect herself is by holeing herself up in her castle and setting deadly traps to fend off the mob of angry peasants and knights lining up trying to slay her. The atmosphere is truly unlike any other game I’ve played.

The PS2 had a good library for Fighting games, especially Capcom fighting games. Probably the biggest of the bunch that hasn’t made a return or a resurgence in later consoles was the CVS series. This game took all the fighting giants from Capcom games like Street Fighter, Rival Schools, Final Fight, and pitted them against competitors from SNK games like King of Fighters, Samurai Showdown, and Fatal Fury.

​ With an obscene number of fighters and it’s flexible team size, letting you pick 1, 2, or 3 characters, this game is as accessible as fighting games could be at it’s time. It really is a title everyone should have in their collection, especially if you enjoy slapping buttons and unleashing flashy super combos on your friends, or if you love Tuna with Bacon.

Okay, so, this one’s sorta cheating. Megaman is such a popular series that everyone’s heard of it, and Megaman classic series has had sequels. However, I’m still putting it here because it’s definitely worth mentioning. Between them, they contain the games Megaman 1-8, Megaman X 1-6, as well as well as two Megaman fighting games, The Power Battle and The Power Fighters, along with a Megaman Racer, Battle and Chase, a total of 17 games.

​The fighters were arcade only until this collection, and the racer hadn’t seen a NA release until that collection either, so all 3 of those games haven’t been available after this collection. If you are any fan of Megaman, or if you think you might enjoy trying these games, this is literally the best compilation available. Your only real alternative for Megaman compilations is the amazing Megaman Zero Collection for DS is that other collection, which is outclassed by the Anniversary collection in pretty much every way.
Do you agree with our list? Are their any unknown PS2 gems you think should have made the cut? Let us know what you think in the comments below!

Opinion : Is The Oculus Rift Worth Its Price?