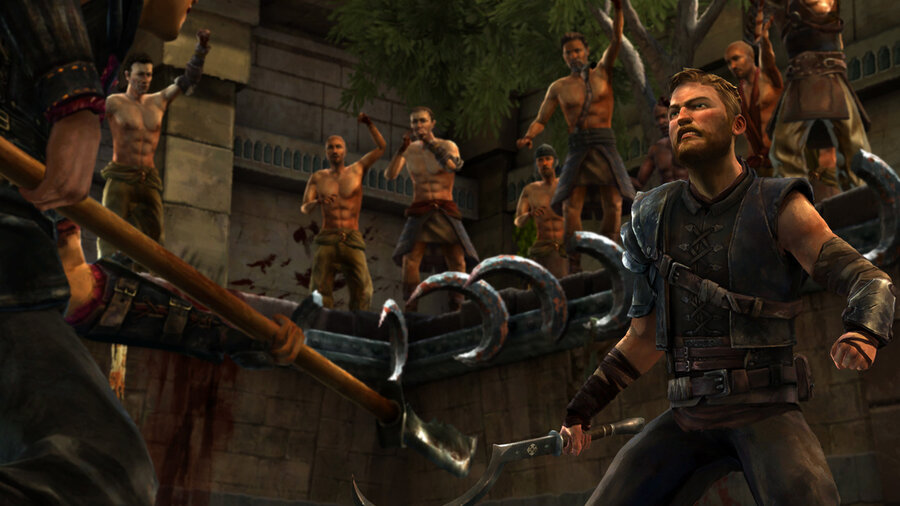 Leading and award-winning developer and publisher of digital entertainment Telltale Games and HBO Global Licensing today announced the release of  ‘A Nest of Vipers,’  the fifth of six episodes of  Game of Thrones: A Telltale Games Series .

Based on the award-winning HBO television drama series,  Game of Thrones: A Telltale Games Series tells the story of House Forrester. Caught up in the fight for the Iron Throne, they are placed in a precarious position where members of the household must do everything they can to prevent the house from meeting its doom.

The fifth episode is available now on PC/Mac from the Telltale Online Store, Steam, and other digital distribution services, and on PlayStation®Network for PlayStation 4 and PlayStation 3 in North America (SCEA) and Europe (SCEE). The episode will be available July 22nd on the Xbox Games Store for Xbox One® and Xbox 360® video game and entertainment system from Microsoft, and will be coming to compatible iOS devices via the App Store and to Android-based devices on July 23rd.

In this penultimate episode, the actions of every Forrester are vital to the survival of the house. Rodrik’s alliance with House Glenmore, and his defiance of the Whitehills, has drawn the ire of an even greater threat: Ramsay Snow. Far across the Narrow Sea in Essos, with Meereen now a free city, Asher is close to securing the army he desperately needs to return home and save his family.

In King’s Landing, Mira’s activities at Tommen’s coronation have not escaped the attention of Margaery Tyrell, and Cersei has realized that the handmaiden may prove useful in her political games. Finally, beyond the Wall, Gared’s unlikely allies are reluctant to help in the search for the North Grove… but this far into the frozen wilds, Crows and Free Folk have a common enemy; and winter is coming.

“Faced with bloodthirsty pit-fighters, dangers North of the Wall, and equally perilous political maneuvering in King’s Landing, we’re putting players in the most action-packed episode of the season so far ,” said Kevin Bruner, CEO and Co-Founder of Telltale Games.  “Extremely difficult choices will fall upon House Forrester in a cliffhanger ending before the dramatic season finale that’s yet to come.”

The game series is based on the world, characters and events seen in the hit HBO TV show, which in turn is based on George R. R. Martin’s books ( A Song of Ice and Fire). The events in the game series begin towards the end of Season Three of the series, and end right before the beginning of Season Five. Players visit familiar locations such as King’s Landing and The Wall, as well as unfamiliar locations such as Ironrath, the home of House Forrester.

The game is played from five different points of view. Each is either a direct Forrester family member, or a person in service to the House. Scattered across Westeros and Essos, each will play their part in seeking to save House Forrester from destruction.

Game of Thrones: A Telltale Games Series – Episode 5: ‘A Nest of Vipers’  is rated ‘M’ (Mature) for Intense Violence, Blood and Gore, Sexual Themes, and Strong Language by the ESRB. Future content in the series is yet to be rated by the ESRB.